Do you have a pipe dripping outside?

An overflow pipe dripping outside is an overflow doing its job. When I was a young plumber (some time ago now!) they were also known as ‘Warning Pipes’ as they are there to warn you that there is a problem, and also to ensure that any excess water is directed outside.

The majority that we attend are on header tanks in the loft and wc’s. In most cases, the float valve which allows the mains water to top up the tank as needed has failed and is allowing the tank to keep filling up. The overflow then stops the tank filling to the top and spilling into the house by taking the water safely outside. It is generally a relatively quick job to either re-washer or replace the valve. Occasionally the float has leaked, filled with water and sunk!, in which case it just needs a new float fitted. 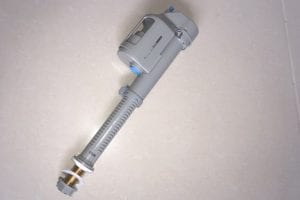 Modern wc’s have a wide variety of float valve and occasionally some research is needed to identify the right valve for the job. Sometimes with a wc cistern that is built into a wall or fitted unit, it can be impossible to fix the valve without dismantling part of the units/wall. When you have a new wc fitted ensure that there is proper access to the cistern to save costly problems in the future!

More rarely, an overflow running on a heating header tank (the smaller tank in the loft) can indicate problems such as blockages in the heating system. If you suspect this try feeling the temperature of the water in the header tank when the overflow is dripping. If it is hot, there may be an underlying problem.

Drips from pressure relief pipes can be caused by many things such as faulty valves, faulty expansion tanks etc etc. These invariably need a qualified engineer to diagnose the cause and cure.

As always, you are welcome to call us for advice.

Page load link
This website uses cookies and third party services to give you the best experience. Agree by clicking the 'OK'. Ok
Go to Top