When a WC stops flushing 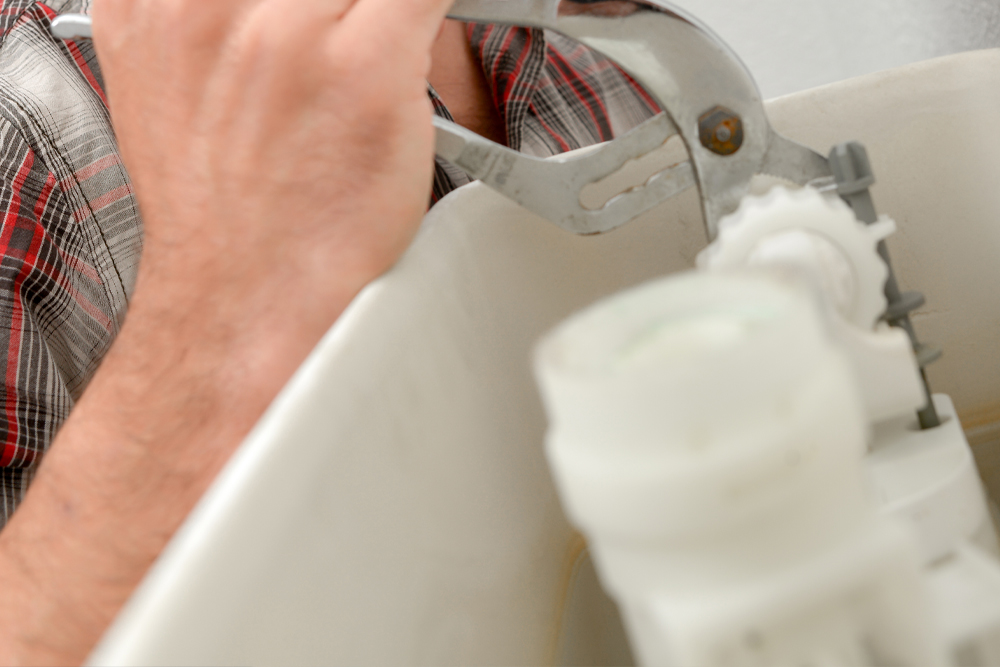 It seems like a long time ago,  when I was a young plumber, that I went to work with one, or at most two types of float valve and one wc syphon. These would be the spares needed to repair almost any type of wc.

Life now seems to have become more complex, and wc’s are no exception. They are now designed to save water, be more efficient and to be cheap to manufacture and fit. This makes our job much more ‘interesting’. When we are called out we not only have to find the fault, but often have to spend a considerable amount of time trying to source the replacement parts. It’s no longer as easy as it once was!

When a traditional wc stops flushing, the fault is usually that the diaphragm flap in the syphon has failed. A common symptom is that the handle needs ‘pumping’ to make it operate for some time before it fails completely. Repairing this requires isolating the water supply, removing the cistern and either fitting a new syphon or a new diaphragm.  When fitting a new syphon, try to fit a syphon that comes into two parts such as a Dudley Turbo 88, so that the cistern does not have to be removed to change a diaphragm in the future.

Today’s modern cisterns usually contain a drop valve – a rather more complex setup where the water is released by a push button mechanism, lifting a washer from the bottom of the valve to let the water run. There are many, many types of these. On one suppliers website I counted over 200 variations on this theme…….

Drop valves tend to keep flushing unless the mechanism breaks, but the washers perish after a few years and need replacing. The drop valve then keeps letting water into the bowl and the float valve will frequently operate to top the cistern up. Particularly annoying if the wc is in an en-suite bathroom and you are trying to sleep.

Make sure that you keep a note of the make and model of any drop valves that are fitted in your house. If a washer fails you may well be able to fix it yourself once you have identified the type (or it can save us a lot of time if you ask us to repair it). The upper part of the drop valve will usually twist off allowing access to the washer.

This website uses cookies and third party services to give you the best experience. Agree by clicking the 'OK'. Ok
Go to Top